I admit I’m not a natural football fan. My TV usually spends July tuned into the Tour de France or Wimbledon. But something about the way Gareth Southgate and his team were behaving led me to change the habit of a lifetime and switch over. I was rewarded with tonnes of evidence of how well Sports Psychology can work when whole-heartedly adopted by a team and how the change of culture it creates can have a positive impact on performance.

Five of the techniques I noticed being used by the England team replicate well over to many other sports and learning about them could help us all to have better performances, whatever field, court or track we compete on.

1. Seeing competitions as challenges over threats.

When we are about to go into competition we unconsciously evaluate the demands and stressors of what is ahead. How we appraise them is important as if we decide we don’t have resources (such as ability, previous experience, skills or support) to meet the demands we will feel anxious and threatened. If we decide we can meet the demands we then see the competition as a challenge and can get excited about it. One way to help us appraise these demands positively is to have done lots of preparation, to know we have followed our regular, effective warm ups and routines and to have diligently worked on our key skills and tactics. It was clear in the World Cup the preparation by the team was benefiting them immensely. 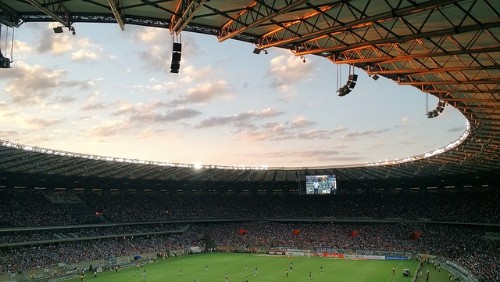 There is a quote I use all the time which I think originally comes from rugby’s Jonny Wilkinson: “Don’t practise till you get it right. Practise until you can’t get it wrong.” This became clear when England had to do the penalty shoot-out against Columbia. There were two key points we saw here – firstly that the penalty takers had practised so often they had the mental bandwidth to let their body do what it had trained to do without having to think about the actions. Secondly, Pickford had spent a long time the night before the match assessing the possibility of penalties and had a plan for every potential taker. He’d written this plan on his water bottle so he had it to hand.

The England football psychologist, Pippa Grange, was bought into focus on the team culture. What it seems that she and Southgate have done is to develop a psychologically safe environment in which the players and staff trust each other. This means athletes feel supported enough that they are not afraid to fail. If we are scared of failing we tend to stagnate. As we only grow when we get a chance to be brave and to try something new, giving the players the freedom to fail meant they became far more focused on winning rather than defensively trying not to lose.

It has been suggested the team used imagery to prepare for the championships. This isn’t just visualizing lifting the cup but working through in their heads the skills or set pieces they will use to build a winning score. Thinking through the perfect situation in your match and writing a script which includes what you think, feel, see, hear, smell and taste as you go through the process will really bring the situation to life. Doing this will help you to feel like you have already achieved what you are trying to do and give your brain evidence that you have done this before. As it is always easier to do things we’ve already done than to do it for the first time when you get into a match you’ll feel more at ease with the pressure.

5. Focus on the process not the outcome

A very cheesy quote I heard around the world cup which I plan to steal is: “Focus on the target, not the trophy”. It is great for describing how, when we focus on the outcome we can often go to pieces. The size of the occasion or the pressure of people watching us can make our brains race ahead to ‘what if…’ and we freeze. Instead, focusing on the one process you need to follow at that single moment means we can use more of our brain to do what is required (as we are not thinking about the future) so are more likely to execute the skill effectively.